TL;DR: Don’t use it in portable things as it cracks

My laptop has become loud and slow over the years. This came from permanent 90°C CPU temperature and thermal throttling.

From my experience, the manufacturer never uses the correct of thermal paste, so I opened my laptop up and applied Coollaboratory liquid pro thermal paste.

This stuff is much better than the usual thermal paste. It’s actually metal (indium? germanium?). It also diffuses into the copper which makes a very strong bond. 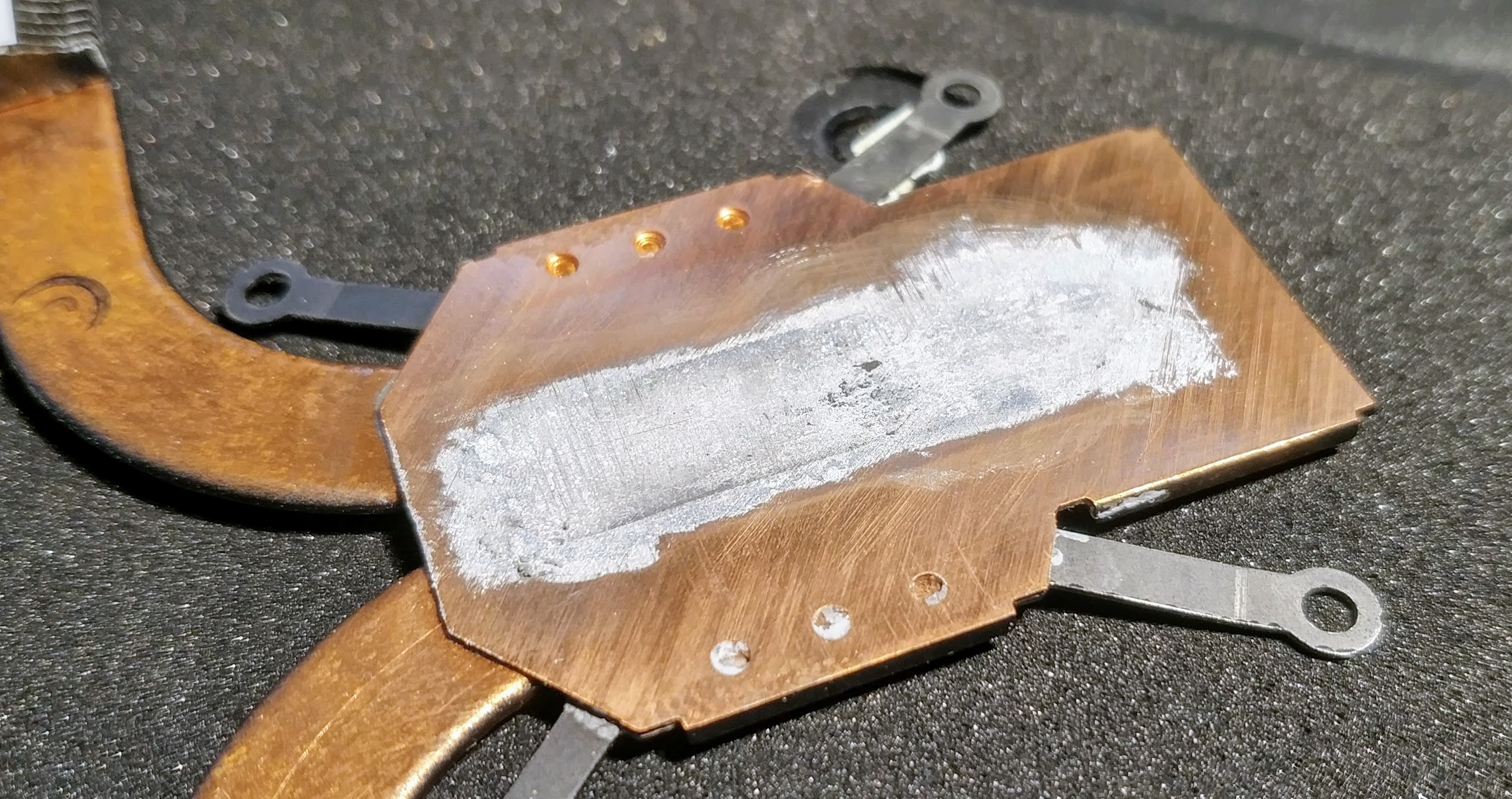 But after a few weeks the laptop became louder and slower again. I reapplied the liquid metal paste and all is good – for a week. This time I was sure I didn’t make a mistake. 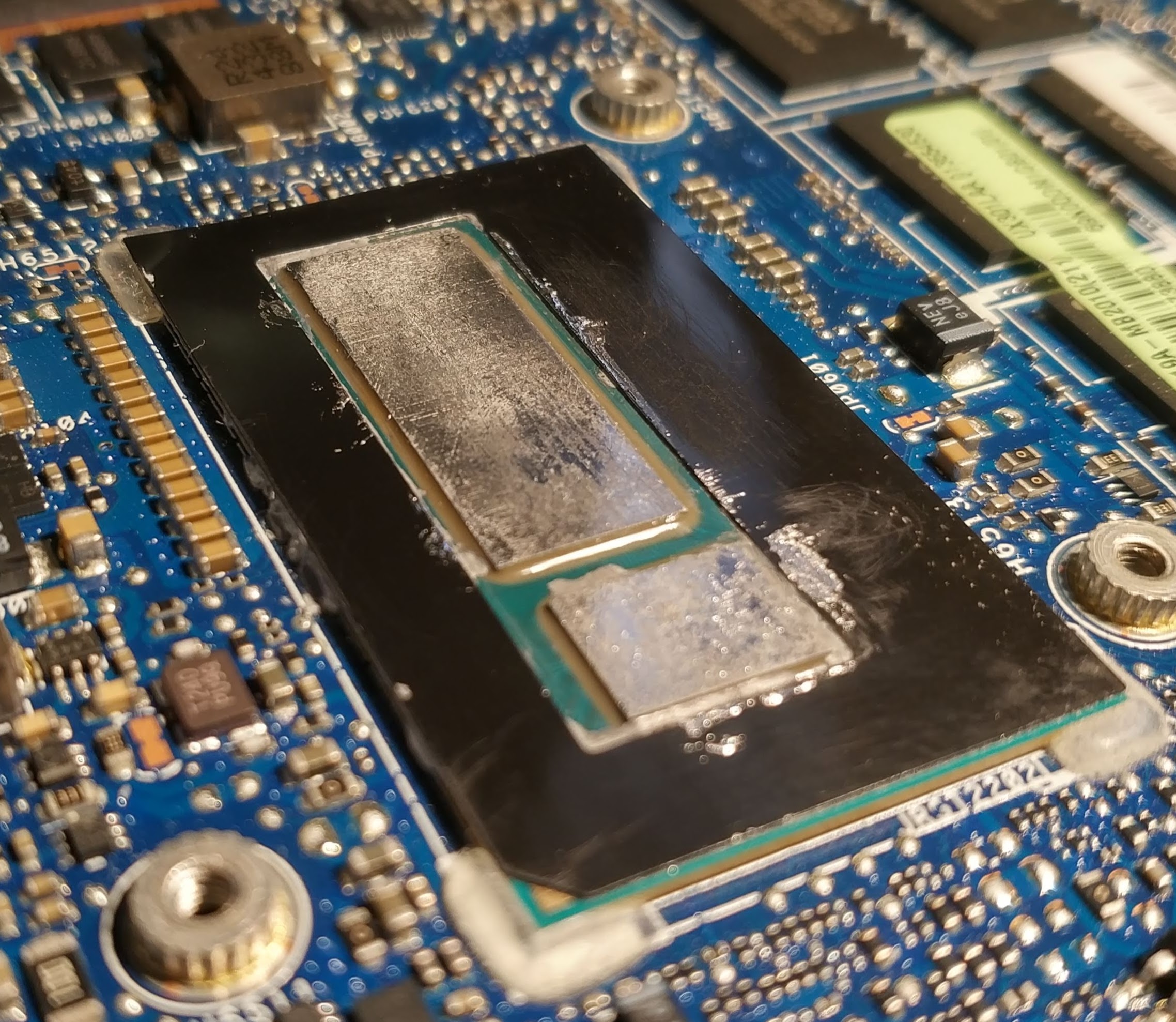 i7 4th generation bare die with remains of liquid thermal paste. Source: mine

This is what I saw after opening. There was no bonding between the silicon and the copper which means that the two pieces must have separated at some time. The liquid paste was already hard. The surfaces are very uneven which results in a bad thermal contact.

Use the OEM’s wax-like substance instead. I’ve used regular thermal grease here. But this dries out and has to be reapplied after ca. 3 years.