TL;DR: Don’t trust the vendors. They only monitor the cells, they don’t balance them.

It’s a less known fact that most notebooks don’t balance their cells. Maybe some do, but I haven’t found them yet. So I added an active balancer

This is not a regular bleeding balancer but an active balancer. It uses inductors to transfer energy between the cell levels to keep them equal. That gives us: 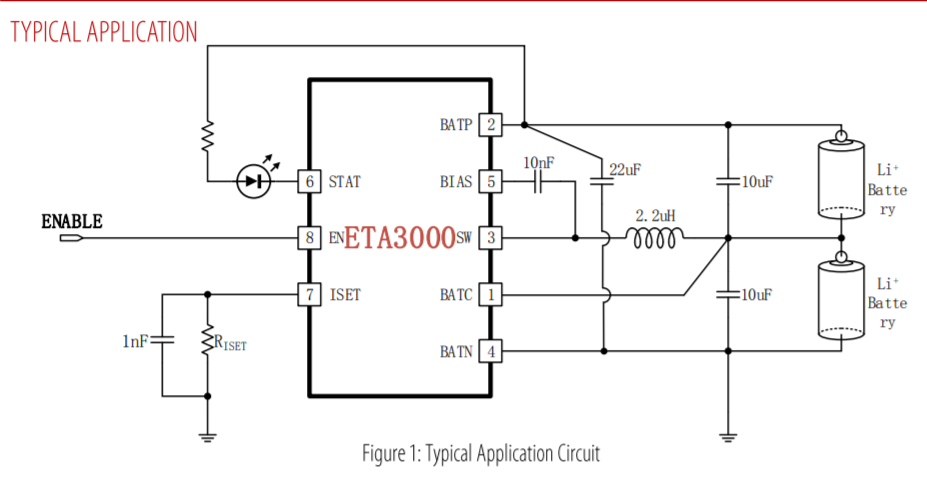 You get the Idea. It’s a combined Buck-Boost converter. 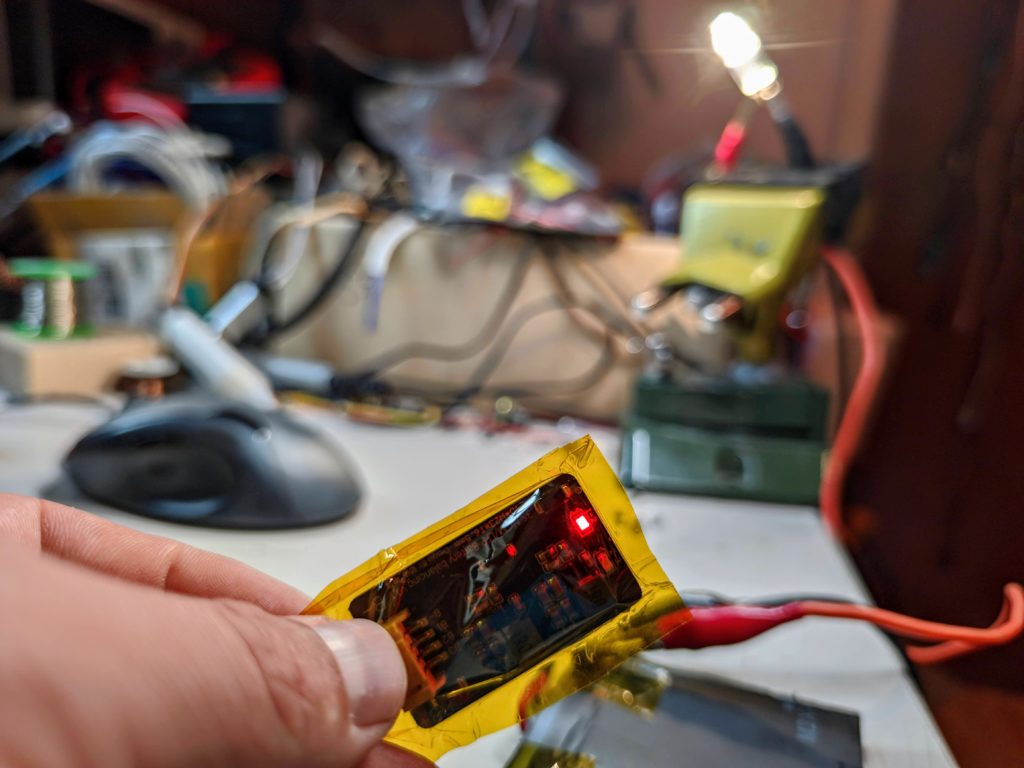 I tried it out with the stock connections to my notebook battery. I added a halogen bulb as load and the active balancer started balancing. 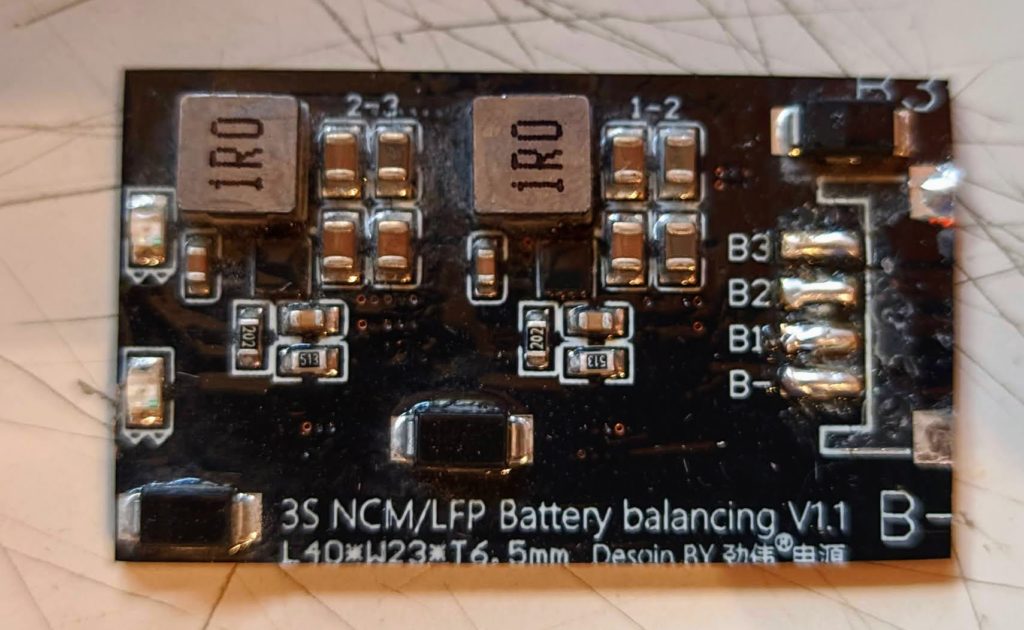 Notebooks are filled with all kinds of stuff. It’s unrealistic to cram in a lot more PCBs. So I filed it down and unsoldered the bulky connector. 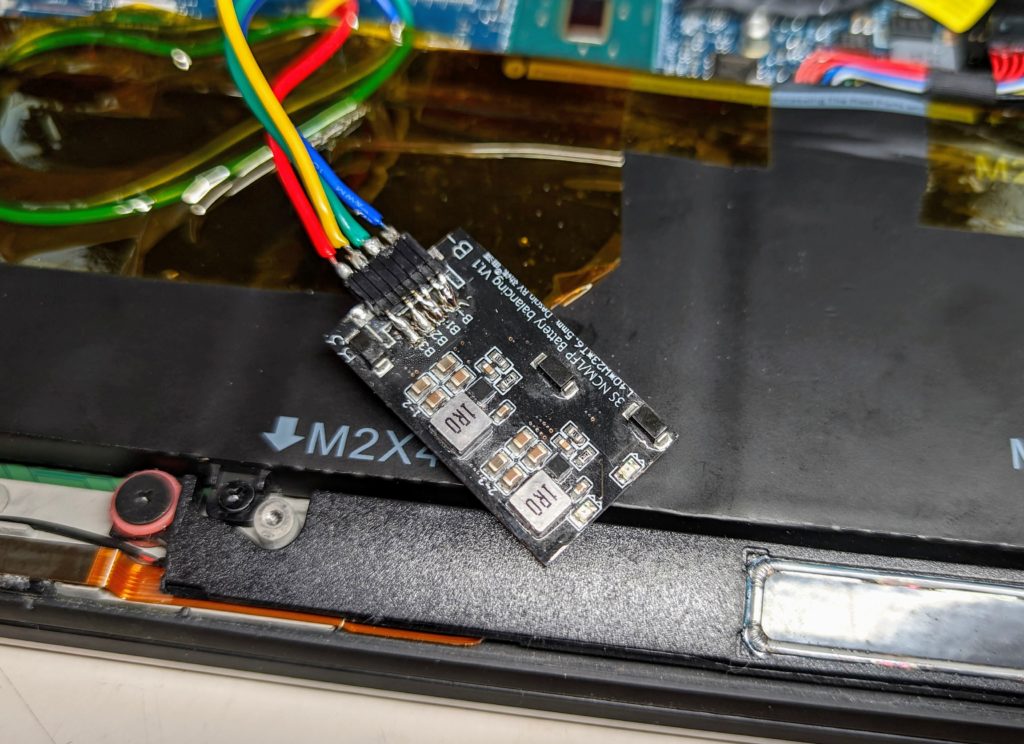 Here you can see my handmade connector. It uses 1.27″ pin headers. I used a spare pin to block the connector mechanically against reverse polarity. 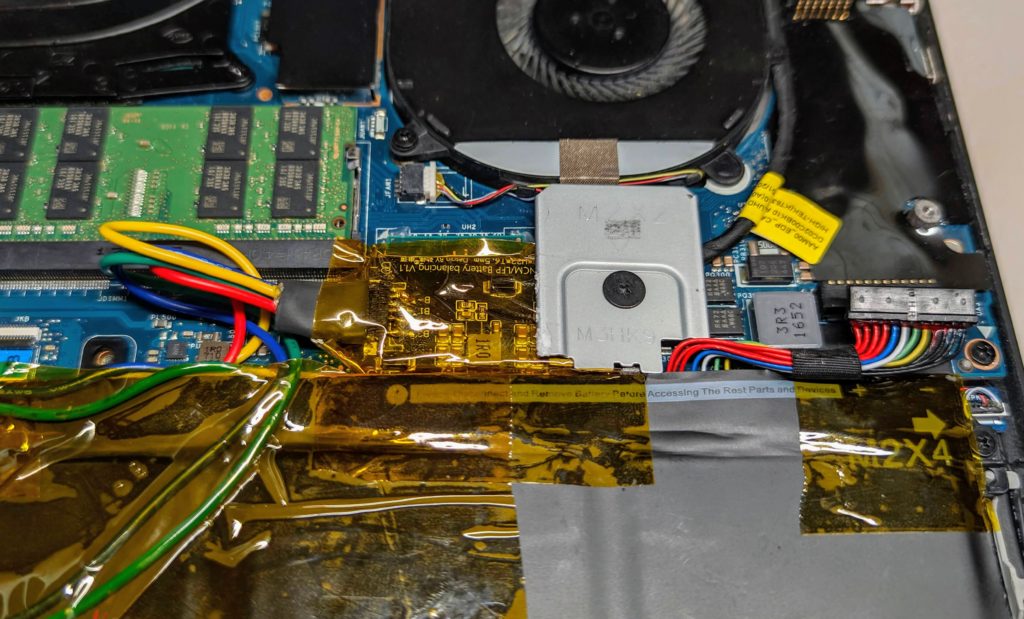 I found a spot where I could cram it in. I also like Kapton tape. It stays alive to ~300°C.

It works! Normally this battery would charge up to 74% and stay there. While discharging it would drop to 30% and then turn off. The State of Charge shown is related to the remaining time. The notebook also stays up much longer.

What’s still missing is some precognition. I.e. if the charging circuit nows that one battery level is degraded it could proactively shuttle energy up- and down through the chain.

Also, the fresh smell of Limettes waves through the air when the notebook charges.

I bought a new battery. The cheapest one, for 45 USD including shipping. That is because the right 2 cells (0V – 4,2V) were severely degraded. They ballooned and whenever there was a load on the cells, these 2 dipped in voltage. All cells became warm at ~25W.

The new battery performs quite well. I can get 4 hours under a reasonable load. This notebook sips roughly 20W – 30W in my usage scenarios. Which would be 80Wh – 120Wh which is plausible with the advertised 97Wh. 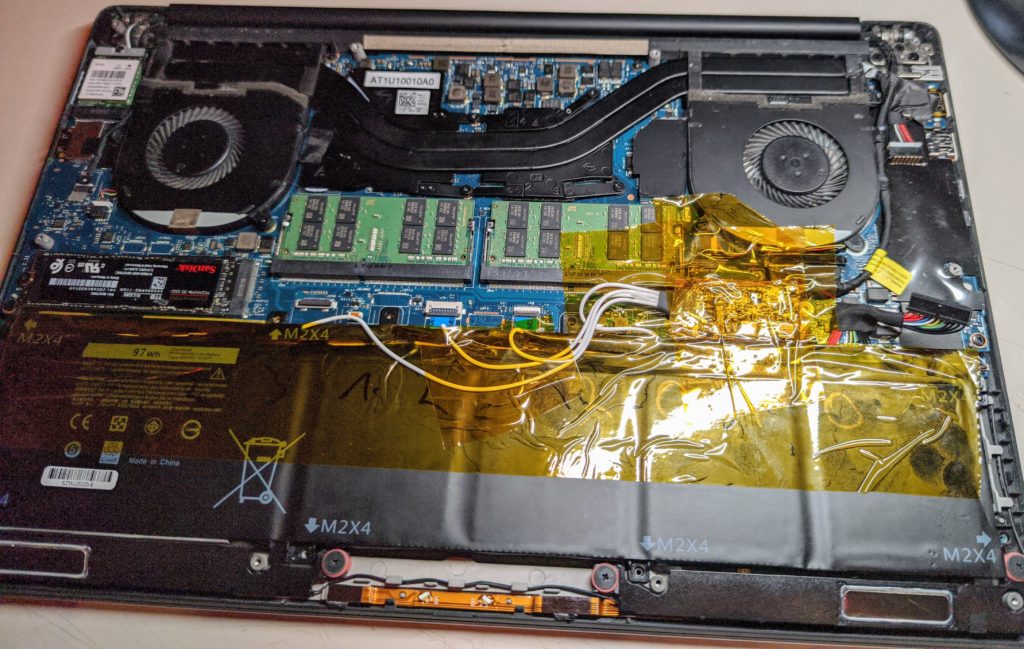